“Party Drugs” is a term used to describe a range of illegal drugs sold as tablets (“pills”) or capsules (“caps”). Ecstasy is the common name for a drug called MDMA, which is usually sold as a pill or capsule, although it can also come in powder or crystal form. When sold as a pill, a logo is typically stamped on the tablet, but this is no guarantee of quality or purity. For example, two pills that look the same may have very different effects as they can have different ingredients.

Analysis of drugs sold as MDMA/ecstasy in Australia shows that these contain a wide range of substances, and some contain no MDMA at all. Some substances found in these drugs can be toxic, even at low doses and even pure MDMA can be dangerous.

How many young people have tried “Party Drugs

What are the effects of “Party Drugs

MDMA/Ecstasy causes the body’s central nervous system to speed up. It can take effect within 60 minutes of initially taking it but this can vary. Sometimes people mistakenly think the first pill or cap they took isn’t working and take more — this can be very dangerous.

The effects of MDMA/ecstasy can be immediate or long-term, as listed in the table below. 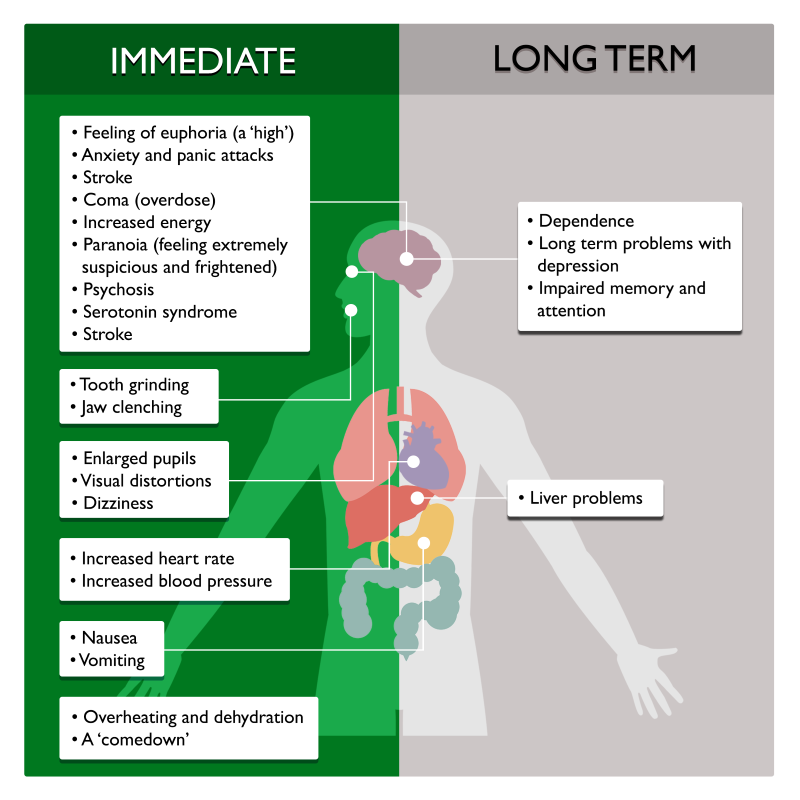